The second step is the hardest because we have to work deeply on the sayings.
The teacher has selected the best ones. We have to explain two of them, first individually, second, in pairs, to create a bigger explanation.
The book will be as follows, on one page there will be a saying in English with the explanation, and on the other page  the sorresponding in Spanish. An image will be added to illustrate it.
The title has been chosen this week. After several proposals, “FREEZING SAYINGS” (a bilingual book of sayings) has been the most voted title.
Verónica, who  is painting the cover showed us how the cover will be, it will represent a boy with a telescope watching the Northern lights. 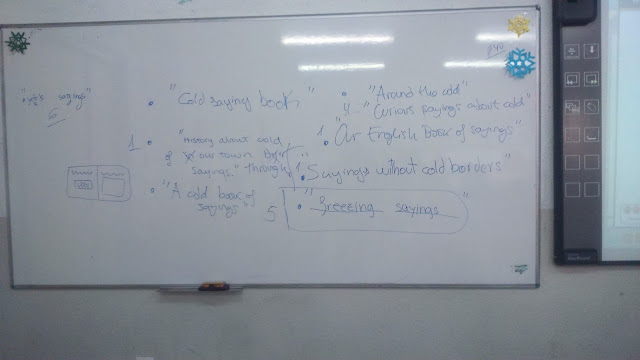 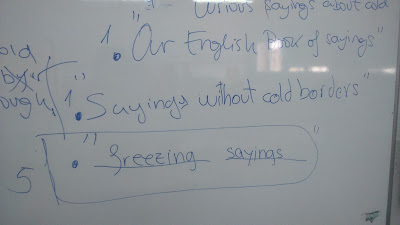 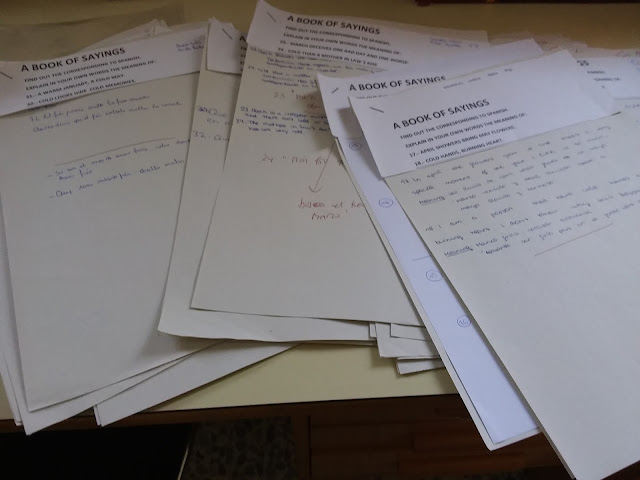